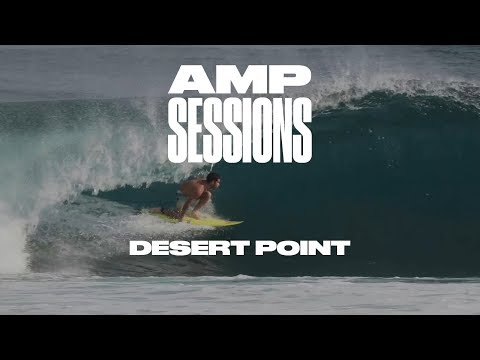 This is called charging! A few days ago Mason Ho, Eric and Evan Geiselman, Bol Adi Putra, Ian Crane, Dylan Goodale, and Christian Fletcher, among others, packed their gear for a week of sleeping on the beach, ignoring forecasts, and waiting by the waters edge all day hoping to time it just right and luck into a dreamy one at a wave that sometimes only breaks once every few hours. And that’s no exaggeration. 5 feet at 16 seconds often means 5 feet at three hours. SURFER surf videos from Macs to Lance’s Right, surf resorts and luxury accommodation have sprung up all over Indonesia. And it’s a double edged sword: on one hand, it makes it turn-key for surfers around the world to show up and lock into the best waves of their lives, especially at the most consistent spots. But on the other hand, it’s become increasingly difficult to find an uncrowded lineup, except for Desert Point is different. Not a secret, and yes, it’s crowded, but at There’s no power, no wifi, no running water, and it’s far from anything that resembles luxury accommodation. And on top of all of that, the perfect Desert’s forecast can still serve up a skunk. That’s what makes it special.